Our customer wished to transform their current concrete drive and front garden to a hard standing decorative resin bound area. The garden was excavated and replaced with a porous asphalt surface.

Other issues to consider were the step to the house, man hole covers in the concrete drive and edging along the boundary to allow the resin to finish neatly.

In preparation for the finished surface, Flexflooring broke out the current manhole cover in the concrete part of the drive and replaced it with a recessed cover, allowing us to install inside the manhole.

Aluminium trim was installed along the side of the concrete drive, allowing a neat finish along the neighbours property.

The concrete area was then diamond ground to remove contaminants and give a slightly better key, before being primed with a polyurethane.

Flexflooring then installed some stone vertically around the front doorstep to match in with the finished surface. 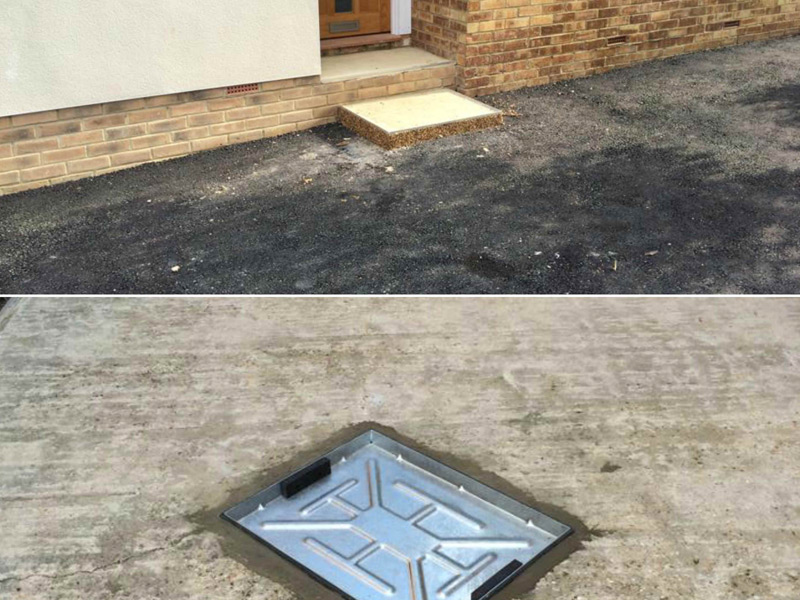 At Flexflooring we have years of experience in the supply and installation of resin driveways for home and commercial areas. 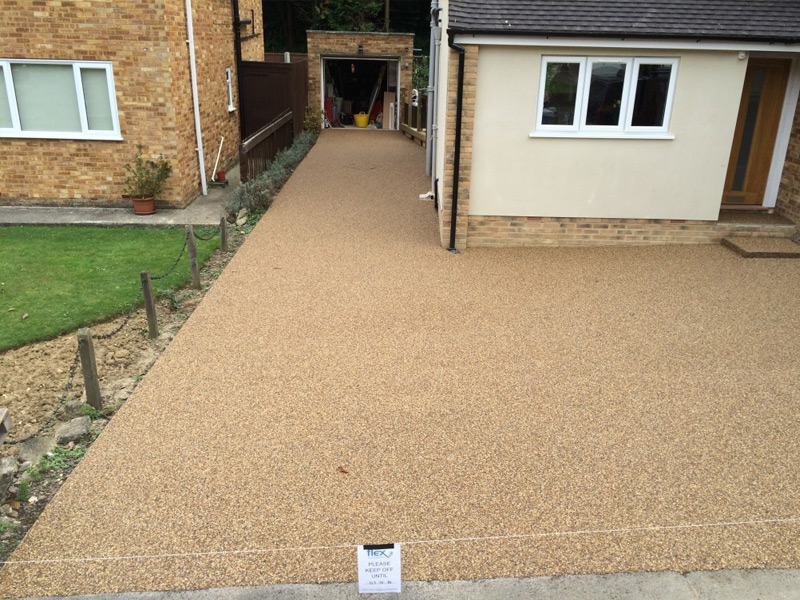 The customer decided upon a golden quartz mix, and was extremely happy with the finished result.  We hope you agree? 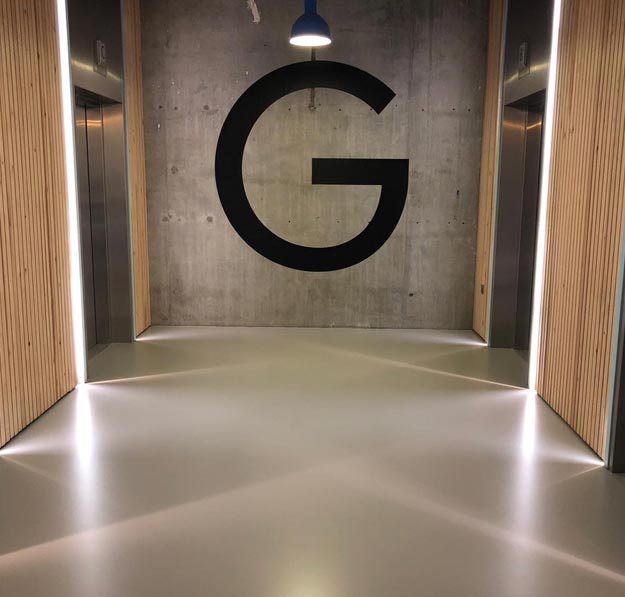 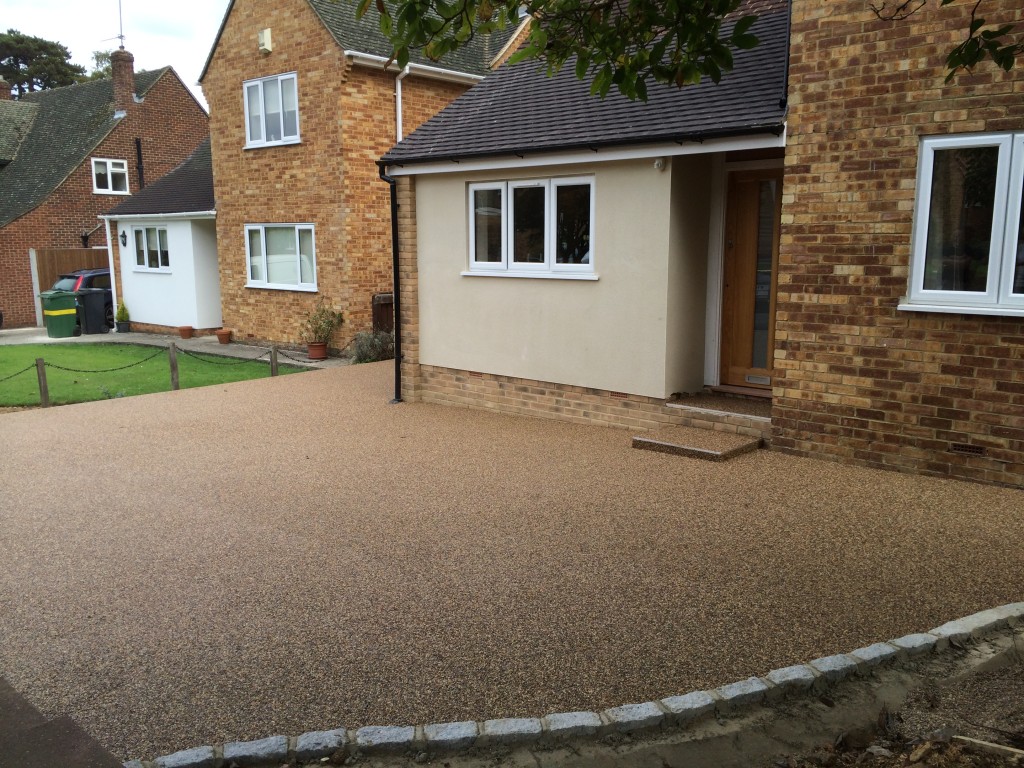 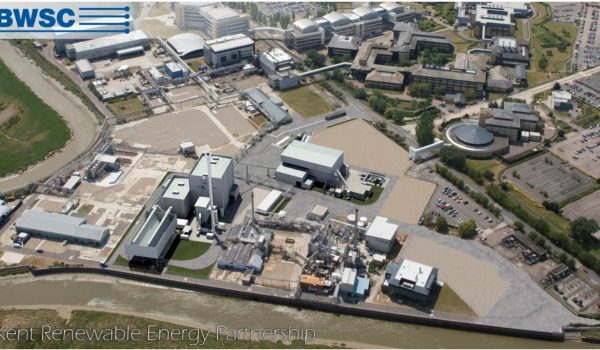 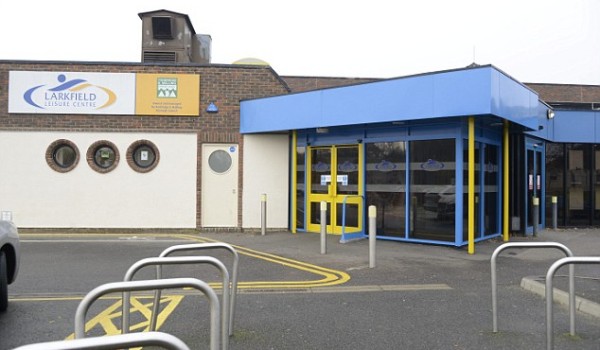 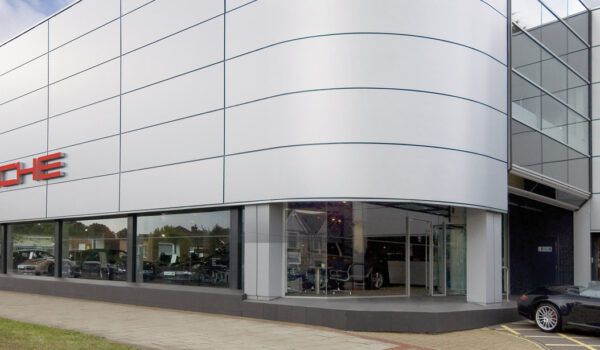 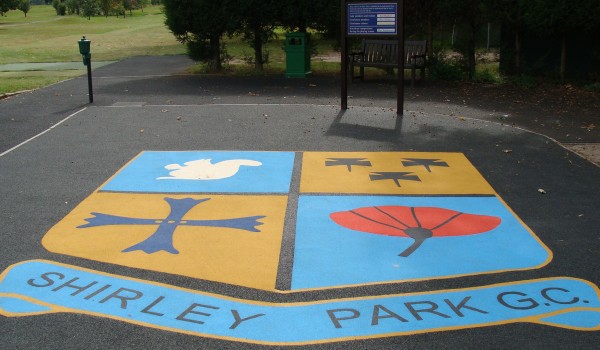 © Copyright Flex Flooring 2021 - All rights reserved
Get a Quote
x